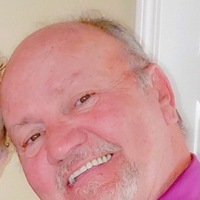 George Owen Oliver, 66, of Nettleton, passed away, December 19, 2020, at North Mississippi Medical Center in Tupelo. He was born June 29, 1954 to Aaron Oliver and Lois Tucker Harring. He was a proud Army Veteran. He served in the United States Army with the 101st Airborne. He was a loving husband, father, and most importantly a proud papp aw. He was a member of New Vision Church in Nettleton, MS. He was a true believer in his Lord and Saviour Jesus Christ.

He always had a joke and a smile for everyone he met. If you knew him, you loved him and you never had to question his love for you.

He is preceded in death by his parents, two brothers, Jr. Oliver and Mike Oliver