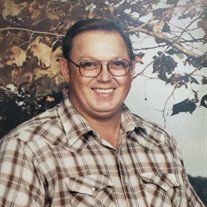 Columbus/Smithville – Edward Dwight Ford, 77, passed away on Wednesday, December 30, 2020 at The Windsor Place, Columbus, MS. Born on May 27, 1943, he was a son of the late Rosa Lee Frost Ford and Colie Edward Ford.

Dwight grew up in Ohio and graduated from the Mississinawa Valley High School with the class of 1962. During his lifetime, he had four children, a son and three daughters (Mary, Kathy and Theresa Ford). A kind and quiet man, he loved the Lord and walked out his faith. He moved to Mississippi to help take care of his aging elderly parents.

Dwight worked in the manufacturing field. He married Carol Loretta Thompson Ford in January of 1989. Later in his career, he became disabled and he retired. He lived in both Columbus and Amory and eventually went to live at The Windsor, where the staff helped take good care of him.

Dwight will be missed dearly by all that knew and loved him.

In addition to his parents, he was preceded in death by his son, Scott Ford; his wife, Carol Loretta Thompson Ford; and his Uncle Clovis Ford.