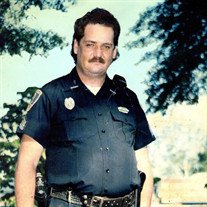 Sammy Neal, 67, passed away at his home in the early morning hours of Thursday, December 31, 2020. He was born on November 9, 1953 in Meridian to the late Brewster and Vina Williams Neal. Sammy graduated from Aberdeen High School and attended Itawamba Junior College. He married Donna Pope on March 1, 1984. Sammy devoted his life to community service and in 1973 he began a career in law enforcement with the Fulton Police Department. In 1974, he joined the Amory Police Department and honorably served until 1993 when an aneurysm and stroke forced him into retirement. He also served a Police Chief in Hatley and on the Hatley Volunteer Fire Department as well. After having a stroke, Sammy battled against the odds and eventually was able to walk and talk again. Sammy could be seen nearly everyday walking around his neighborhood and talking and visiting with neighbors. Anyone who knew Sammy, knew that he would strike up a conversation about sports, law enforcement and politics with anyone who would sit and talk. Sammy also had a love for sports which led him to umpiring and coaching his kids for many years. He was the number one supporter of his children on the ball field. Sammy enjoyed visiting with some of his closest friends, John Robinson, Gary and Charlotte Clouse. More than anything, Sammy loved his family, especially his grand daughters.

He is preceded in death by his parents and wife, Donna Neal.

Visitation will be on Monday, prior to the service, from noon until 1:45 PM.

Condolences may be shared at clevelandmoffettfuneralhome.com.