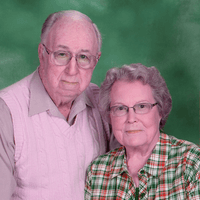 Gerald Dean Griffin, 89, of Vardaman departed for an eternity of rest on Wednesday, January 6, 2020 at Baptist Memorial Hospital in Oxford, Mississippi. Gerald was welcomed into the world on August 21, 1931 by his late parents David Oscar Griffin and Flossie Louella Anderson Griffin.

Gerald a loving father and husband, married the love of his life, Lottie Mae Blansett, on July 2, 1952. The couple spent over six and a half wonderful decades together until Lottie’s passing on October 17, 2018. Those years of love were built by an abundance of precious memories filled with two daughters, and two grandchildren. Gerald lived on the level and by the square, as a member of the Vardaman Masonic Lodge # 527.  He found joy in the great outdoors and loved every aspect of spending time outside. While camping was his favorite hobby, he was satisfied by simply sitting and observing the Lord’s magnificent creations. Gerald didn’t simply pass away; he held the cure to death in his soul, with an active relationship with the Lord.

The staff of Parker Memorial Funeral Home is honored to serve the Griffin family and asks that you keep the family in your thoughts and prayers as they pass through this difficult season of life.

To send a flower arrangement or to plant trees in memory of
Gerald Dean Griffin, please click here to visit our Sympathy Store.