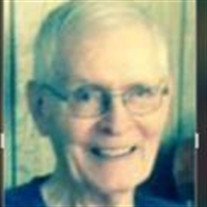 New Albany-Harold Dean Garrett, 87, went to his heavenly home Wednesday, January 6, 2021. He was born October 24, 1933 to Troy Lee and Mary Ruby Hall Garrett in New Albany, MS. Mr. Garrett was a member of Wallerville Baptist Church and a Veteran of the U. S Navy. He was a devoted husband and father that loved his family. After he retired from Futorian Furniture, he built porch swings for many years. He loved woodworking and was very skilled. All around the homes of his family, are many pieces he built to remind them of him.
Due to COVID-19, the family will be having a private family service and visitation. United Funeral Service is honored to be entrusted with these arrangements.
He is survived by his wife of 63 years, Mildred Sloan Garrett; two daughters, Donna McMillen (Tim) and Sandra Garrett; one son Mike Garrett (Regina); one brother, Gerald Wayne Garrett (Marty); five grandchildren, John Garrett (Cameal), Bo Garrett, Drew Garrett (Jamie), Audrea Stewart (Jimbo), and Ashley Moss (Brian); and six great grandchildren.
He is preceded in death by his parents; one sister, Imogene Ramey; and one brother, Troy Lee Garrett Jr.
For online condolences please visit www.unitedfuneralservice.com