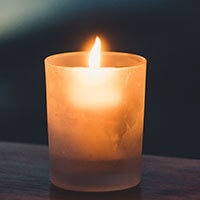 PONTOTOC –   Willis Calvin "Bill" Christy, 53, passed away suddenly January 6, 2021, at his home in Cairo community in Pontotoc County. He was born April 10, 1967, in Vernon, AL to Willis David and Velma Johnson Christy. After his mother's death at his birth and because his dad's work required a lot of traveling, he and his two sisters, Nancy and Nita, were cared for by relatives in Irving, TX. In December, 1968, his dad married Geraldine Dowdy Sloan and she became Mom to him and his sisters. The family lived in Vernon, AL until 1970 when they moved to Lone Star Community in southwest Union County. As a young boy Bill accepted Christ as his Savior and was baptized. He was a member of Shady Grove Baptist Church. Bill was a 1985 graduate of Ingomar High School and attended Northeast Mississippi Community College and Mississippi State University. He was a long time employee of Ashley Furniture Manufacturing in Ecru, MS.
He is survived by his mom Geraldine Christy of Lone Star; sisters Nancy Christy Underwood (Tommy) of Lone Star, Nita Christy Robbins (Phil) of Hurricane, Janice Christy Ecklein (Rick) of Salem, SD, Kay Sloan Matkins (Billy) of Lone Star, and several nieces and nephews.
He was preceded in death by his father W.D. Christy, his birth mother Velma Christy, and brothers Leonard Christy and David Christy.
A graveside service will be held Friday, January 8, 2021 at 2:00 pm at Shady Grove Cemetery in Pontotoc County with Bro. Keith Benefield, Bill's childhood friend, officiating. Memorials may be made to Shady Grove Cemetery Fund, c/o Glynda Coker, 357 Shady Grove Rd, Pontotoc, MS 38863.