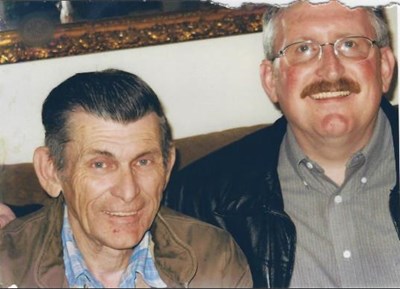 Ervin Laverl Robbins rode off into the sunset on January 3, 2021 after a persistent battle with COPD. He had a great fondness for the outdoors and all the animals in the wilderness. He was especially fond of his dogs throughout the years and his cat Thomas near the end.

Ervin Laverl Robbins, known as Laverl to family and friends, was born on July 26, 1936 to Ervin Eldew Robbins and Ruby Jewel Bailey Robbins in a house on Esperanza Road in the Hurricane community. When he was 17 he traveled to Chicago to seek work opportunities. It was here he became a computer programmer for Old Second Bank of Aurora, IL.

During this time is where he took the nickname “Robbie”. He then welcomed 4 sons Daniel, Jeff, Steve, and Michael.

He Met his wife, Sandra Lynn Robbins in 1985 and they were married in January of 1987. From this marriage he had 3 more boys Jason, Joseph, and Jacob.

In 1997 he retired and moved back home to Pontotoc, MS. It was here that he would live out his remaining years raising his sons and seeing his grandchildren grow.

He was preceded in death by his father Ervin Eldew Robbins, his brother Charles Earl Robbins and his mother Ruby Jewel Bailey Robbins.

A private family celebration of life will be held at a later time. In lieu of flowers, donations can be made to the American Lung Association., 55 W. Wacker Drive, Suite 1150, Chicago, IL 60601.