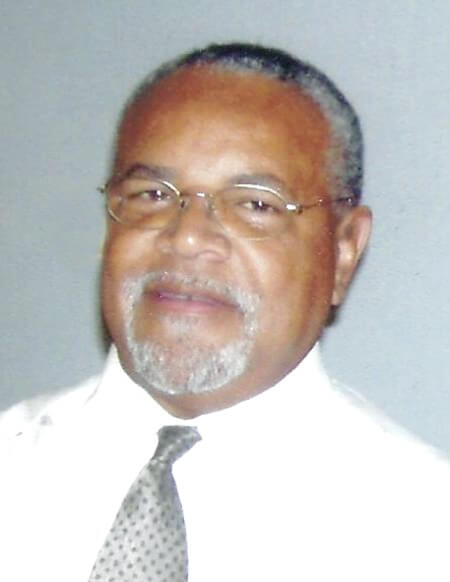 TUPELO – Sergeant 1st Class Kenneth Laverne DeWalt, U.S. Army retired, died Thursday, January 7, 2021 at North Mississippi Medical Center. He was 81. Sgt. D, or Coach, was born February 14, 1939 in Dyersburg, TN, the the son of the late Abner Edward DeWalt and Valeah Catherine DeWalt (Rhea) of Milwaukee, WI. He grew up at 1439 North 4th Street, Milwaukee, WI. He graduated from Lincoln High School in Milwaukee as part of the Class of 1957. He dedicated his life to the U.S. military from February 1957 to March 1997 with distinguished honors. He spent 40 years in the U.S. Marine Corps, U.S. Army Reserve, and U.S. Army, was 3 times Honorably Discharged, and was a 100 percent disabled veteran. He served with honor and was a decorated participant in every way during his tenure.

While off or on duty, and serving in many areas of the world, Sgt. D was always an avid football player, coach, and mentor. He played for the 29 Palms California Marine Corps All Star Football Team, the Army Football team at Marine, Illinois, the Racine Raiders of the semi-pro Continental Football League, and participated in the Over the Hill Gang Scholarship Football team for 15 years. He was an avid Green Bay Packers fan and has been awarded many times for his skill, dedication, wisdom, unselfishness, and caring. He was proud to help many underprivileged inner city young men in Milwaukee and Tupelo, MS. He was a proud patriot, and although he was traveling a lot, he still tried to help young men at all of his stations. He coached his sons Darryn Andre DeWalt in Milwaukee and Kenneth Dillon DeWalt in Tupelo. He was still coaching his grandson Keviyon McKinney in high school, and Aspen Ivy, another grandson in Tupelo, during his retirement at 81 years old.

Sgt. D worked at Harley/Davidson Motorcycles for 15 years, from 1964 through 1978, while still in the Army Reserves. While there he was sought after, elected, and became the first African American Vice-President, and First Black Interim President ever of the Allied Industrial Workers Union/United Auto Workers, AFL/CIO, a 2600-member, predominantly white organization. After leaving there, he was a Production Line Supervisor at the General Electric/Hot Point Dishwasher Assembly Plant, and after that a Manufacturing Production Supervisor at Cutler/Hammer Manufacturing Company of Milwaukee. He also worked at the Milwaukee County Mental Institution, all while in the Army Reserves. After retiring from the Army, he worked at the U.S. Postal Service, the North Mississippi Medical Center, and was a counselor at the Federal Prisoner Halfway House in Tupelo. He believed in education, and completed over forty different civilian, military and college courses, which after a college evaluation, earned him 3 college hours short of a Baccalaureate Degree in Business but he did not attempt to pursue the degree after retirement.

He was awarded “Army Recruiter of the Year” two years in a row, the highest Army reward for a recruiter in the State of Wisconsin and Upper Michigan. He was also awarded “Soldier of the Year,” twice from two different Army Reserve units, in Wisconsin. And he has been awarded the highest non-combat award, the Army Commendation Medal, four different times. He has been stationed and resided in almost every state, and decided to retire in Tupelo.

A celebration of life service will be held at 3 PM on Thursday, Jan. 14, 2021 at Holland Funeral Directors with the Reverend Lowell Walker officiating. Visitation and signing of the book will be from 2 PM to service time. For those unable to attend, the service will be live-streamed at 3 PM at hollandfuneraldirectors.com/live-streaming, where it will be archived.  Holland Funeral Directors is honored to serve their friends.

He was the eldest son of 10, and is survived by eight siblings. He is also survived by his loving wife of 33 years, Regenia Elam DeWalt of Booneville, MS; his sons, Troy Minter (Shon) of Milwaukee, and Kenneth D. DeWalt (Brandi) of Spokane, WA; his daughters, Tiffany Williams (Andre) of Milwaukee, Michelle Hampton of Milwaukee, April Bivens of St. Paul, MN, and Brooke Griffen (Durrell) of Tupelo. These children have blessed him with 17 grandchildren and 2 great-grandchildren. He will be remembered by eight siblings: Ray DeWalt (Annie) of Milwaukee, Veatrice Baugh (James) of Reston, VA, Valata DeWalt-Butler of Madison, WI, Mary Darline (Leroy) of Vacaville, CA, Janice Hughes (Ovett) of Madison, WI, Georgiana DeWalt of Madison, WI, and Tamara DeWalt of Milwaukee. He will be missed and remembered by numerous aunts, uncles, nieces, nephews, and many lifelong friends worldwide.

He was preceded in death by his parents, Abner Edward DeWalt and Valeah Catherine Rhea DeWalt,    and son Darren (Cherine), and two sisters, Barbara Johnson and Jacqueline DeWalt.

More than all the titles, accomplishments, and honors, he was a man devoted to his family and friends. He carried with him the love of his original family, but also his second family by marriage. The love of his life, Regenia Elam-DeWalt of Tupelo, mother-in-law Deloris Elam of Booneville, Grace and Larry Alexander of Little Rock, AR, Ronnie Elam of Dallas, TX, Ann Elam of Jackson, MS, Michael and Terry Elam of Houston, MS, Marie and Gregory McRae of Little Rock, AR, Lloyd and Briana Elam of Des Moines, IA, Vanessa Perkins and Jeff of Lagrange, KY, and all of their children, friends, and relatives.

Sgt. D was baptized at birth, and has always professed to being a God-loving Baptist. Due to his travels, he has professed his love of God in many churches, denominations, and in many states and countries. He was a member of the Mount Sinai MB Church while living in Milwaukee. He became a member and has been a member of the same-named Mount Sinai MB Church of Tupelo since 1989. The Reverend Lowell Walker of Tupelo is the presiding pastor, a good man, and a great friend.

Don’t grieve for me for now I’m free, I’m following the path God laid for me.

I took His hand when I heard Him call, so I turned my back and left it all.

I could not stay another day, to laugh, to love, to work, to play,

Tasks left undone must stay that way, I found that place at the close of day.

If my parting has left a void, then fill it with remembered joy,

A friendship shared, a laugh, a kiss, Ah, yes these things I too will miss.

Be not burdened with times of sorrow, I wish you the sunshine of tomorrow.

My life has been full, I savored much, Good friends, good times, a loved one’s touch.

Perhaps my time seemed all too brief, but don’t lengthen it now with undue grief.

Lift up your heart and share with me, God wants me now, He set me free.