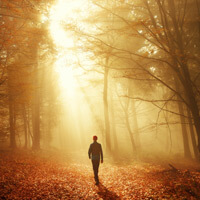 Robert Covington, 88, of Banner, MS, passed away on January 9, 2021, at Panola Medical Center in Batesville, MS.

Robert was born on June 13, 1932, in Banner, MS, to Doyle Benjamin and Mildred Peeples Covington. After graduation from high school Mr. Robert embarked on a career with Massey Ferguson in Memphis, TN. He began his career sweeping floors, along with other jobs within the company eventually working his way throughout the company and ultimately retiring as Parts Manager over the course of a 35 plus year career.

Robert was a member of Banner Baptist Church and was always at church every time the doors were open, until his health declined. When Mr. Robert was not working or at church he loved to hunt deer, rabbit, or squirrel but especially loved quail hunting and could often be found fishing.

Parker Memorial Funeral Homes of Bruce and Vardaman, MS are proud to serve the Covington Family during this difficult time.

To send a flower arrangement or to plant trees in memory of
Robert Covington, please click here to visit our Sympathy Store.