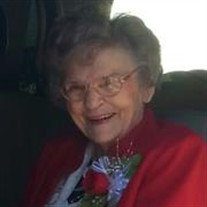 Odessa York Odom of Monroe, Georgia, formerly Starkville, Mississippi, went to her Heavenly Home on January 8, 2021. She was surrounded by many family members who loved her.

Odessa's joy in life was showering her family and friends with her home cooking. A few of her families favorites were Chicken and Dumplings, homemade biscuits with homemade sugar syrup, chocolate and sweet potato pies and her coveted 3 layer chocolate cake. Thanksgiving was always a special holiday for her as she would spend hours perfecting her Chicken and Dressing serving all that entered her home.

During summer months Odessa would open her doors to all who wanted to visit. She would frequently host her nieces and grandchildren. Many memories were made while riding horses and shelling peas. Although she herself did not learn to drive until she was in her 40’s she took great pride in teaching all of her grandchildren how to do so.

She was a great friend to many. Odessa held many lifelong friendships and continued to have breakfast socials on Saturday mornings after spending a couple of hours "finding good buys" at local garage sales. She continued to enjoy gospel singings and traveling when able.

Odessa valued her relationships with her siblings and would look forward to their yearly "brother and sister" gatherings where there would be plenty of weekend shenanigans. She remained committed to the "Watkins Reunion" that began in 1990.

Odessa held a strong love for the Lord all of her life. She shared that "What the world needed was a light" and like the Sunday school teacher she once was continued to coach her Grandson on how to deliver the reading of the 8 Beatitudes of the Bible.

We will celebrate the life of our Mother and Beloved Grandmother on Wednesday, January 13, 2021, at Victory Baptist Church in Mathiston, MS, beginning at 12:30.

The interment will follow at Craig Springs Cemetery in Sturgis, Ms.

Friends and Family are welcomed.

Calvert Funeral Home of West Point is honored to be entrusted with the arrangements.