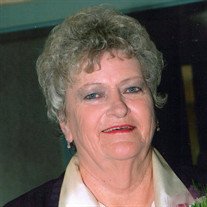 Ivy Faye Arbuckle, age 80, of Water Valley, MS died Tuesday, January 12, 2021, at Baptist Memorial Hospital in Oxford, MS. She was born in Calhoun County, MS November 25, 1940 to the late William Samuel and Cora (Melton) Stark. She was a lifelong member of Skuna Valley Baptist Church. She enjoyed arts and crafts, playing cards and dominoes. But more than anything, she loved her family.

Along with her parents, Faye was preceded in death by her husband Perry Arbuckle.