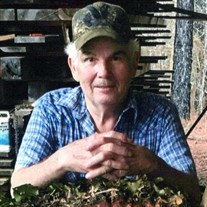 Wayne Lathan Warren, age 77, of Oxford, MS died unexpectedly Wednesday, March 24, 2021, on his friends farm. He was born February 12, 1944, in Banner, MS to the late Henry and Nona (Huckaby) Warren. After school, Wayne started on his career which spanned a number of different jobs, from working at Kellwood, hauling pulpwood and running and operating his own sawmill, and building houses. After his reriement, Wayne enjoyed woodworking, (specifically building toys), logging, cutting firewood, and just being outdoors.

Visitation is planned for Sunday, March 28, 2021, in the Gardiner Room at Seven Oaks Funeral Home from 2:00 PM until 4:00 PM. Services will follow at 4:00 PM in the Henry Chapel of Seven Oaks with Bro. David Ard officiating.

Along with his parents, Wayne was preceded in death by one brother, Gene Warren; and three sisters, Sybil King, Juanice Anthony, and Opal Gandy.