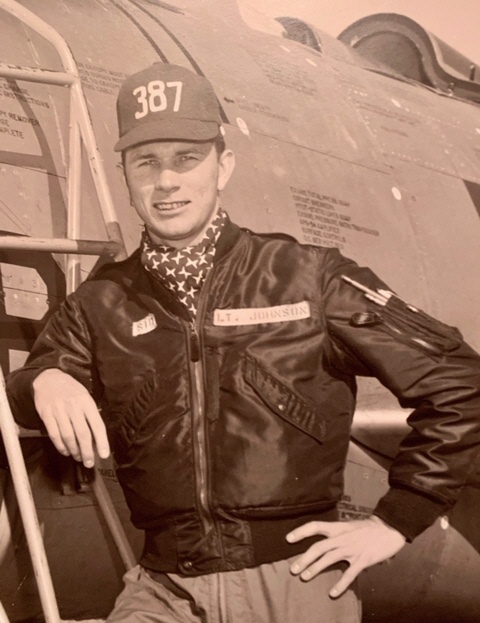 Mr. Johnson retired from the United States Air Force as Lt. Colonel after serving as a fighter pilot. He piloted countless flights, checked out on 11 different aircrafts and proudly recalled that he landed on every continent with the exception of Antarctica! A highlight of his career was an afternoon spent in debriefing with President Eisenhower, one on one, discussing what it was like to fly Mach. Although it remains undocumented, Sidney claims to have dined with Nat King Cole over breakfast and spent an afternoon with The Beatles.   Following his military career, he continued his service to his country in the Air National Guard while farming full time. In 1974, he was awarded the “Outstanding Farm of The Year”.

He was a longtime member of College Hill Presbyterian Church where he faithfully served as Ruling Elder for over 50 years until taking Elder Emeritus status. He was the church’s self-appointed, unofficial greeter every Sunday. His family laughs recalling that he was most often the last person standing following church services or events, not leaving until the final guest had departed. He was a longstanding member of the Oxford-Lafayette County Chamber of Commerce where he served as President from 1977-1978. Mr. Johnson had a servant’s heart and offered his farm to NE MS Girl Scout Council, hosting their summer day camps in the 1970s. He spent time volunteering at The Pantry where he was honored to be recognized as Volunteer of the Year. His involvement throughout his community was notable and he was instrumental in the growth of Oxford through his work as a founding board member of Oxford Bank and Trust. However, the hours he devoted to his membership with his friends of The Beacon Coffee Club may be considered his favorite.

Mr. Johnson was preceded in death by a brother, Edward Johnson; two sisters, Mary Moody Wade and Margaret Gober and a great-grandchild, Lylah Grey and a host of beloved aunts, uncles, and cousins.

Expressions of sympathy or memorial contribution in Mr. Johnson’s memory may be made to St. Jude Children’s Research Hospital (in memory of Lylah Grey McGaughy), 262 Danny Thomas Place, Memphis, TN 38105 or via their website, www.stjude.org.