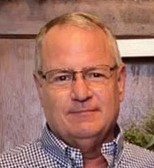 PALMETTO — David Alan Carpenter, 58, met his Creator and found the promises of his faith after an 18 wheeler accident in Montgomery, Alabama on Friday, June 18, 2021.  David was a master truck driver for over 30 years, most recently driving for Mid-South Trucking. He drove for Wrangler/VR for over 20 years and his truck handle was “Easy Target”.  His safety record as a professional trucker was blemish free and he prided himself in following all rules, regulations and guidelines to protect both himself and the traveling public.  David was born in Lawton, Oklahoma to the late Warner Hershel Carpenter and Marjorie Marie Thompson Carpenter on December 31, 1962.   He grew up in Itawamba Co. and graduated from IAHS. He obtained his BA in Sociology from his beloved Mississippi State University.  David married the love of his life, Kimberly “Kim” Allred Carpenter on Feb. 14, 1998.   David had a strong spiritual presence that motivated his daily life.  He was kind hearted and selfless beyond reproach, always thinking of others above himself.  A good man, David enjoyed life, encouraging everyone he met to live nobly.  He was an active member of the Furrs Baptist Church.  David enjoyed God’s creation, traveling the country observing the majesty of it all and always expressing gratitude for the blessings he enjoyed. He loved all animals especially his fur babies. He loved his “cowbell” from MSU and was an avid Bulldog fan.  He listened to and respected all genres of music. Simply put, David was one of the nicest men you would ever want to meet.

A service celebrating his life will be held at 2 PM Tuesday, June 22, 2021 at Furrs Baptist Church with his pastor, Bro. Gary Pettit, officiating.  Private burial will follow in the Mt. Pleasant/Old Buckhorn Cemetery in the Altitude Community of Prentiss County, where his Mother’s family is buried.  Visitation will be from 5 PM-7PM Monday and from Noon-service time on Tuesday, all at Furrs Baptist Church.  Holland Funeral Directors is honored to be serving their friends.

David was blessed with a close knit family which he leaves behind: his wife, Kim Allred Carpenter of Palmetto; his daughter, Anna Chapman (Austin Wells) of the Troy Community; his 7 month old granddaughter, Henzlee Wells, whom he lovingly referred to as “Butterbean”; his sister, Janis Carpenter of the Unity Community; his brother, Terry Carpenter (Cathy) of Silver Springs, MD.; his half brother, Dean Birmingham (Mae) of Southaven, MS; his nieces, Emily West (Nathan) of Maryland  and Paige Allred and her son, Brandtly Moore of Peaceful Valley; his nephews, Ward Carpenter of  Maryland,  Caleb Allred (Janna) of Mooreville, and Hunter Allred of Pontotoc;  his father in law, Dink Allred, Jr. of Tupelo, and mother in law, Shirley Allred of Palmetto;  his brother in law, Thomas Allred (Angie) of Tupelo and Richard Allred (Shanna) of Pontotoc; his great nieces and nephews;  Ally, Trey and Hannah Cleveland of the Unity Community and special friends, Sherry Childers and Randall Timms.

He was preceded in death by his mother, Marjorie Marie Thompson Carpenter, his father, Warner Hershel Carpenter, a brother, Hal Carpenter, an uncle, Buddy Thompson; and a nephew, Shawn Cleveland.

Memorials may be made to Furrs Baptist Church, 9011 Hwy 6 East, Pontotoc, MS 38863.  Condolences may be emailed to hollanfuneraldirectors@comcast.net.