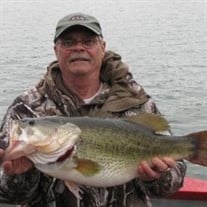 Union-Jerome Anthony LaMontagne Sr., 72, passed away June 19, 2021. He was born October 29, 1948 to Robert Ovila LaMontagne and Lillian Cypkoski Lamontagne. He retired from the Columbian Rope Company and served our country in the Navy. Mr. LaMontagne was an avid fisherman and hunter. He loved to watch his family play sports and was a great family man. He was very loved by his family and will be greatly missed.
A memorial service will be Friday, June 25, 2021 at 5:00pm at United Funeral Service. A visitation will be from 4pm till start of the service at 5pm.
He is survived by his wife, Connie Rozelle LaMontagne, one daughter, Yvonne Marie Leonard, two sons, Chip LaMontagne (April) and Eric LaMontagne (Jennifer), one sister Arlene Nash (Leeland), two brothers, Robert LaMontagne (Patricia) and Tom LaMontagne (Frances), nine grandchildren and seven great-grandchildren.
He is preceded in death by his parents and one son Shawn LaMontagne.
For online condolences please visit www.unitedfuneralservice.com United is honored to be entrusted with these arrangements, and in honor of his service, United will be flying the U.S. Navy flag.