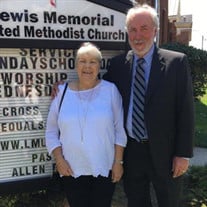 Sandra Hawkins Mitchell, age 75, of Water Valley, MS passed from this life Sunday, June 20, 2021, at Baptist Memorial Hospital in Oxford, MS. She was born September 24, 1945, in Bruce, MS to the late Howard and EssieBelle (Kuhn) Hawkins. Following School, Sandra worked for “Uncle Joe” at Hawkins Auto Parts in Calhoun City later transitioning to Rebel Chevrolet in Oxford. Later, her career path changed as she became partners with her husband Eddie in Mitchell’s Drug store in Water Valley. After a number of years working for themselves, they closed the store and went to work at the Joy Pharmacy in the old Jones supermarket in Water Valley. Sandra was a member of the First United Methodist Church as well as the Junior Auxiliary. Her joys were simple, which included reading, sewing, and doing crafts. But nothing brought her more joy than spending time with her grandchildren at their sporting events.

Visitation is planned for Wednesday, June 23, 2021, in the Gardiner Room at Seven Oaks Funeral Home from 3:00 PM until 4:00 PM. A memorial service will follow at 4:00 PM in the Henry Chapel of Seven Oaks with Bro. Don Lewis officiating.

Along with her parents, Sandra was preceded in death by one brother, Gary Lee Hawkins.

Memorials may be sent in memory of Sandra to First United Methodist Church at 603 North Main St. Water Valley, MS 38965