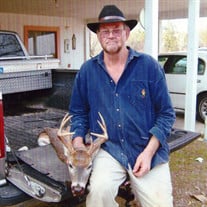 Lester (Red) Smith, Jr., age 79, of Water Valley, MS died Wednesday, June 23, 2021, at his home surrounded by family. He was born October 6, 1941 in Quitman County, MS to the late Lester Sr. and Marentha (McAnalley) Smith. Red began his working career operating heavy equipment (a passion he never gave up) then moving on to building houses and other construction. In 1992 he began selling insurance, something he did right up until his passing. Family described him as a man who “just liked to be outside”. He loved to hunt, fish, ride 4-wheelers and run his bulldozer. But the greatest joy he had was being around his family. Red was also a member of #402 Masonic Lodge here in Water Valley.

Visitation is planned for Saturday, June 26, 2021, in the Gardiner Room at Seven Oaks Funeral Home from 11:00 AM until 12:00 Noon. Services will immediately follow at 12:00 PM in the Henry Chapel of Seven Oaks with Bro. Shane Crawford officiating. Burial will be in Oakland Cemetery with David Johnson, Steven Brown, Matthew Boyles, Ricky Dees, Eddie Smith, and Donald Smith serving as pallbearers.