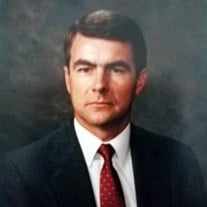 William Thomas McDaniel was born on January 25, 1944 to William Roy McDaniel and Amye Duckworth McDaniel in Mobile, Alabama. He passed away on Thursday, July 8, 2021 at his residence in Amory.

He moved to New Orleans, Louisiana at age 6 where he enjoyed many years of New Orleans culture. He met his beloved wife, Sharon, while attending East Jefferson High School in New Orleans and they were married for 57 years. He served with the United States Army in Vietnam from 1964-1965 where he was recognized with several awards during his service. After leaving the army, he began a long career with Allstate Insurance Company where he retired after 35 years. He was gifted in his gardening abilities and enjoyed working in his shop.

A small family service will be held in Amory, Mississippi on Sunday, July 11, 2021.

In lieu of flowers, donations can be made to St Jude Children’s Research Hospital, a facility he supported for many years.

Please share your condolences and memories with his family at eepicklefuneralhome.com