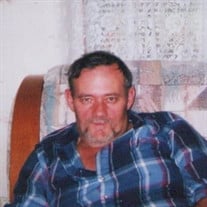 Bryan Lynn “Drifter” Shortnacy, 61, passed away on Monday, July 12, 2021 at his residence. He was born October 1, 1959 in Howell, Michigan to the late Luther Shortnacy and Virginia White Shortnacy. He was a retired truck driver and a volunteer for the Center Fire Department. He enjoyed fishing and hunting and loved spending time with his grandson.
He is survived by his three sons, Bryan Keith Shortnacy, Michael Steve Shortnacy and Joshua Thomas Kelly; three sisters, Phyllis Corbin, Stella Marsh and Mary Lee; one brother, Robert Dale Shortnacy; and one grandson, Waylon Clark.
He was preceded in death by his parents; a sister, Doris McKeown; and his grandmother, Millie White.
A memorial service will be set in the coming days and will be announced by United Funeral Service.