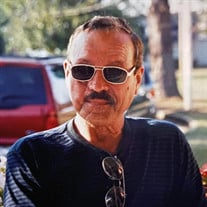 Growing up in Zion, IL he graduated high school and then joined the US Marine Corp, where he served our country with an honorable discharge. He went on to graduate college from Jacksonville State University in Jacksonville, AL with a bachelor’s degree in safety management.

He lived his life to the fullest. He was a fun loving man, the consistent life of the party and never met a stranger. He will be missed and will forever in our hearts.

In addition to his parents, he was preceded in death by a brother, Gary Dale Hacker and nephew K. Jacob Hacker.

Funeral services will be held at 3:30 PM, Saturday, July 31, 2021 at E.E.Pickle Funeral Home in Amory with Minister Dean Hacker officiating.

Visitation for Denford will be from 2:30 PM until the service hour.