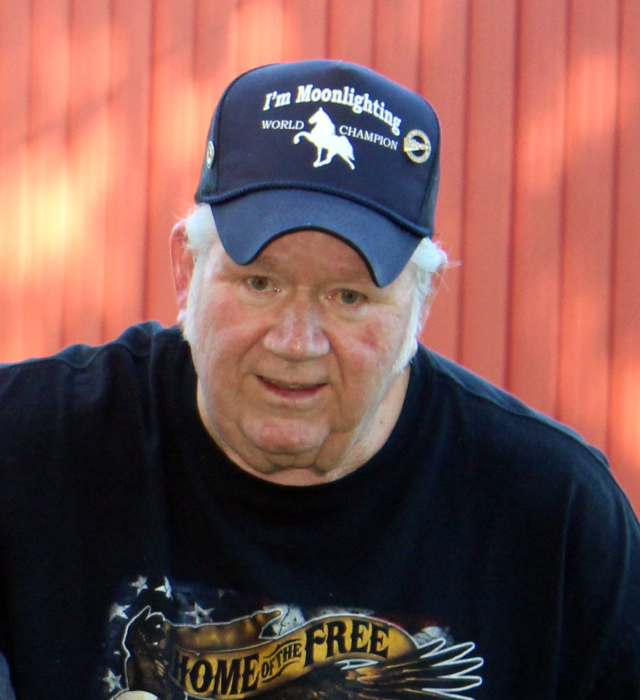 FURRS COMMUNITY — Robert Danny Gattis, 74, departed this life for his life eternal on Monday, August 2, 2021 from his beloved farm/residence in the Furrs Community of Pontotoc County after an extended illness.  A big ole fellow with a generous and spirited soul, Danny loved the land and outdoors, his horses, his antique cars, his hot rods, trucking, but most of all, his family, which was the light of his life. Danny was born on November 2, 1946 in Tupelo to the late Robert (Doc) Gattis and Keron Hutcheson Gattis. He grew up here and graduated from Bass Memorial Academy in Lumberton, MS.  Danny continued his studies at ICC and attended Mississippi State University afterwards. He married Barbara Rainey Gattis in Pontotoc on October 3, 1981. The open road was always a pull for Danny and he spent 57 years of his life in the trucking industry.  At his death, he was the owner/operator of Diamond G. Trucking which he and his family founded 24 years ago. The family raised and showed Spotted and Tennessee Walking horses at Diamond G. Farms and won many shows around the Mid-South. Danny loved fast cars and was a drag racer in his younger years.  He was a member of the Tennessee Walking Horse Association, the Racking Horse Association and the Spotted Horse Association. A grateful family expresses their love and appreciation for his life and extends a special thanks to the swing bed staff at Pontotoc Hospital and to Kindred Hospice for the excellent care they gave their husband, dad and Papaw.

A service celebrating Danny’s life will be held at 1 PM Saturday, August 7, 2021 in the Tupelo Chapel of Holland Funeral Directors with Bro. Keith Prince and Bro. Steve Cohea officiating.  Burial will follow in Lee Memorial Park in Verona.  Visitation will be from 5 PM-8PM on Friday and from Noon-service time on Saturday, all at Holland-Tupelo Chapel, which is honored to be serving their friends.  For those unable to attend, the service may be viewed at www.hollandfuneraldirectors.com/Live-streaming at 1 PM Saturday and will be permanently archived thereafter.

Danny is survived by his wife of 40 years, Barbara;  son, Stephen Tidwell of Furrs; daughter, Stephanie Elliott and husband, James, of Tuscumbia, AL; his grandchildren, Meagan Cade (Jerry) of Caledonia, MS, Morgan (Kaleb) Holt of Mellwood, AR, Chris Elliott (Kailey) of Tuscumbia, AL, and Cindy Elliott of Corinth; his great-grandchildren, Maddy Tidwell, Kenslee Holt and Bentlee Holt, and one on the way, JonAlex Cade; his sister, Susan Allday (Devon) of Montpelier, MS; his nieces and nephews and a host of friends all over the country and other near relatives.