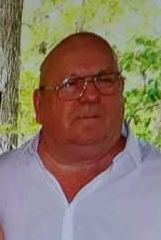 Saltillo – Mr. Jimmy Fred Hurst, 70, died Monday, August 9, 2021 from his residence following an extended illness.  He was born August 22, 1950 in Adel, Georgia to the union of Arthur Hurst and Evelyn Jordan Hurst.  Fred worked many years as a truck driver for various industries, later retiring from J B Hunt. His CB handle was Bojangles. He enjoyed fishing, hunting, camping, and was an avid NASCAR fan.  His greatest joy was spending time with his grandchildren and great grandchildren

A service celebrating his life will be held at 2 PM Wednesday, August 11, 2021 at the Tupelo Chapel of Holland Funeral Directors.  Visitation will be from 5 PM-7PM today (Tue.) and from Noon-service on Wed. at the funeral home.  Those who cannot attend the services may view the services at 2 PM Wednesday or anytime thereafter at hollandfuneraldirectors.com/livestreaming.com.

Honorary pallbearers will be his six great-grandsons.

Memorials in memory of Fred Hurst may be sent to the Mississippi Chapter of the American Lung Association, 438 Katherine Drive, Flowood, MS  39232.  Condolences to the family may be posted at hollandfuneraldirectors.com.