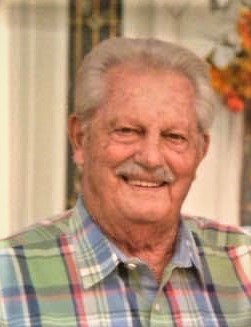 Bethel William “Billy” Bearden, 85, passed away Wednesday, August 11, 2021, at his home doing what he enjoyed, tending to his cows. He was born on December 16, 1935, in Prentiss County to the late William and Ruth Bearden. He was a lifelong member at Piney Grove Baptist Church and loved Danville Baptist Church and its people. Billy had a true servant’s heart and truly loved serving the people of Alcorn County, the voters of the Third District, and his hometown of Rienzi. He began his career with the Alcorn County Sheriff’s Department in 1978 as a Deputy Sheriff with Edwin Colman, and continued until his passing as a Bailiff for the Chancery Court. Mr. Billy also served as the Election Commissioner for the Third District of Alcorn County for 12 years. He thoroughly loved being with his fellow commissioner’s and sharing a good story that always ended in a “big belly laugh.” While he was an Election Commissioner, Billy was the first from Alcorn County elected to serve on the Mississippi’s First Congressional District on the Board of Directors for the Mississippi State Election Commissioner’s Association and appointed to the Legislative Election Commission. Billy participated in many civic organizations and charities, as well as being a 32◦ Mason. He was a devoted family man and he loved his family “better than sugar.”

A Celebration of Life Service will be at 1:00 P.M. Saturday, August 14, 2021, at McMillan Funeral Home with Bro. Greg Smart officiating. Burial will follow at the Piney Grove Baptist Church Cemetery.

He is preceded in death by his parents; and one son, Billy Wayne Gibson.