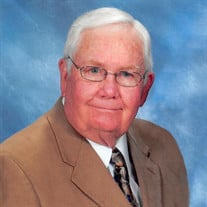 Billy was born in Greenville, Mississippi at King’s Daughters’ hospital on April 4, 1933, to William and Marguerite Carrothers. He was their only surviving child. An infant brother died while Marguerite was giving birth at home in Ruleville, Mississippi, in 1932. Billy grew up in Ruleville, first living in a house on Highway 49W and then later in a house built by William and Sue Carter, his maternal grandparents, next to Ruleville's City Hall. Billy graduated from Ruleville High School in 1951 and started college at Mississippi State University and joined the Air Force Reserve Officer Training Corps (ROTC). Mississippi State was a Land Grant Agricultural & Mechanic (A&M) school, so all male students were required to receive military training through a Reserve Officer Training Corps.

Billy chose Air Force ROTC over Army ROTC because the line was shorter for the Air Force! During his sophomore year, he married Hazel Lee Baynes, also from Ruleville. Hazel was the middle of five daughters born to Oscar and Helen Baynes. Reverend Millard Reedy Jr. of the Ruleville Baptist Church officiated their wedding ceremony on February 21, 1953, in the Baynes' home on Quiver River. Billy graduated from Mississippi State in 1955 and accepted an Air Force Commission on July 14, 1955.

Billy would become a highly decorated Air Force Fighter Pilot. He earned his “Wings” after completing basic and advanced pilot training in the Piper Cub, the T-6 Texan, and the T-33 Shooting Star Jet. He flew the F-86 Sabre for gunnery/weapons training and became an F-100 Super Sabre and F-4 Phantom Fighter Pilot. He flew 251 combat missions and 467 combat hours in Vietnam and Southeast Asia in both the F-100 and F-4 aircraft. He participated in numerous short notice Cold War deployments to crisis spots around the globe. The Air Force awarded him the Distinguished Flying Cross (DFC) for his action in Vietnam. The DFC is our nation’s highest award for “heroism or extraordinary achievement while participating in aerial flight.” He and Hazel’s five children are all “Air Force Brats.” Billy loved the Air Force life and the many places it sent them to live.

While in the Air Force they lived in Texas at two different bases, New Mexico, Okinawa, California, Alabama, Turkey, and Arizona at three different bases. He had logged an impressive 5,000 Fighter hours during his career. He retired as a Lieutenant Colonel on July 30, 1980, at Luke Air Force Base near Phoenix, Arizona. He served his country for 25 years.

After military retirement, they lived in Fort Worth, Texas, from 1981-1992, Phoenix, Arizona, from 1992 to 2002, and returned to their home state of Mississippi to Smithville in 2002. Billy worked in a variety of jobs after the Air Force: a co-pilot for an oil company, a manager of a photography lab in Saginaw, Texas, manufacturing and installing storm doors and windows in Haslet, Texas, and a Real Estate agent in Fort Worth, Texas.

Billy was preceded in death by his wife of 63 years, Hazel, who died on April 24, 2017, and daughter, Laura Sue, who died in an automobile accident on February 16, 1983, infant granddaughter Catherine (Bill and Cathy) who died at birth in December 1985, and his father, William, who died on December 6, 1970 in Tucson, Arizona and his mother, Marguerite, who died on January 14, 1991 in Fort Worth, Texas.

The family would like to offer public thanks to his wonderful neighbors who were there for Billy especially after Hazel’s death. The family also wants to thank the amazing caregivers who so respectfully and professionally cared for him as his health degraded. You allowed “Mr. Bill” to remain at home and die with love and dignity.

Billy fully lived life. He will be deeply missed but is now with his wife Hazel. They will live on in cherished memories, funny stories, and in our hearts.

A Memorial Service celebrating the life of Billy will be held on Saturday, September 18, 2021, at 10:00 am at First Baptist Church in Amory. Visitation for family and friends will be held at the church from 9:00 am until the service hour at the church.