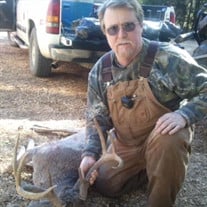 Mike was the most loving husband, caring brother and kind friend. He was a very selfless person always putting others first. He had a passion for hunting and fishing and always saw the beauty in nature. Mike was also an avid animal lover who had two special pets that passed before him, Applejack and Lovey. But it was Rufus and Johnnie Pearl that were by side until his death. They will surely miss him as will everyone who knew Mike.

A memorial service will be held at a later date. Calvert Funeral Home of West Point is honored to be entrusted with the arrangements.