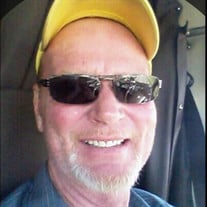 Carl Bedford Finch II, age 59, of Water Valley, MS died unexpectedly Sunday, August 22, 2021, at his home. He was born January 8, 1962 in Batesville, MS to the late Carl Finch I, and Hattie (Kehoe) Finch. At an early age, Carl followed a large portion of his family to Holland Michigan. Here he started his family and, as cooking was his passion, worked as a chef in a number of differing establishments. Later Carl’s health precluded him from cooking as a career, and moved back to Mississippi where he began an eight year career driving a truck for T.G. Baker. Carl is described as a down to earth man who had a quick wit and always had a funny story or joke to tell. He also had a tremendous talent for writing poetry and doing wood work. Carl enjoyed many of the simple things in life. Such as old movies, westerns, and riding his motorcycle. But absolutely nothing meant more to him than his family, which he adored.

Carl was preceded in death by both of his parents; and one brother, Bud Potts.