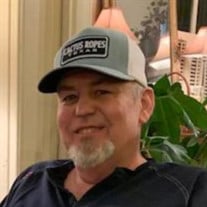 West Point, MS – Roger "Rod" Hampton O'Hara, Jr., 53, passed away on August 26, 2021 at North Mississippi Medical Center in West Point. He was born September 22, 1967 in West Point to Evelyn Stafford and Roger Hampton O'Hara, Sr. He was a crane operator for 35 years and was of the Methodist faith.

Funeral services will be held at a later date. Calvert Funeral Home of West Point is honored to be handling the arrangements.

Survivors include his daughter, Dallas Rene O'Hara of West Point; 3 grandchildren; his mother, Evelyn Stafford O'Hara of Tupelo; and his sister, Lee O'Hara Davis of West Point. His father preceded him in death.