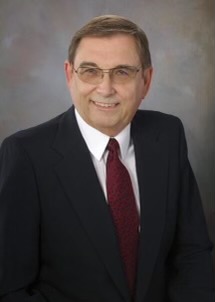 TUPELO – Robert “Bob” George Hajek, 78, died at North Mississippi Medical Center in Tupelo, MS on August 31, 2021. Bob, as he was known to his friends and family, was born in Cleveland, Ohio, on December 27, 1942 to his parents George Hajek and Stella Hronic Hajek, who both preceded him in death. He was also preceded in death by his only sibling, George Hajek. Bob graduated from Holy Name High School in Independence, Ohio. For one year he attended John Carroll University in University Heights, Ohio, and then graduated from Kent State in Kent, Ohio. After graduation, he began working at the May Company Department Store in Cleveland and was in charge of security and parking. He then took a position in purchasing at Austin Powder Company in Cleveland where he eventually became the director of purchasing. Also, in 1967, Bob started serving in the National Guard and was trained by the 82nd Airborne Division of the United States Army. He was called for active duty and his term lasted two years.  He was with the National Guard during the Kent State situation in May of 1970. He was on active duty and tasked with protecting the city during the riots.

He had a lifelong love of music and his love of singing is what led to Bob meeting the love of his life, Marianne Barnes. He and Marianne,  previously unknown to each other, joined the Adult Community Chorus in Nordonia Hills, Ohio. The chorus performed throughout the year and were known for their magnificent performance of Handel’s Messiah during the Christmas season. The choir members would often go out for coffee after weekly rehearsals.  After being in the group for eight months, it seemed Bob and Marianne were continually drawn together in conversation and they eventually started dating.  Marianne had been teaching biology at a local college but decided to apply to medical school. It was during Marianne's first year of medical school that Bob proposed. They were married on June 30, 1984.

When Marianne completed her medical residency in 1990, they moved to Tampa, Florida where Marianne was in private practice and Bob became a realtor. On December 19, 2001, Marianne’s work brought them to Tupelo, MS, where she took a position with North Mississippi Medical Center at their Behavioral Health Center where she currently works.  Upon moving to Tupelo, Bob quickly made his giving presence felt with his volunteer service both to his church and his community.

Bob and Marianne immediately joined St. James Catholic Church and Bob became immersed in the work of the church. Bob was a loyal member of the choir and often served as cantor. For several years he provided coordination for the photography for the parish directory, and he was a loyal member of the Father Robert Reitmeier Council 8848 of the Knights of Columbus.  For many years, “Mr. Bob” as he was affectionately called, handled all of the email communications for St. James Parish. If you wanted information to go out to the parish community you just contacted “Mr. Bob.”

A committed community volunteer, Bob was a very active member of the Tupelo Luncheon Civitan Club, serving in many capacities including Vice-President, President Elect, President and Past President.  He loved working in Civitan’s charity program which raised money for handicapped children, and for the Alzheimer’s Foundation. He also held the nonprofit seat on behalf of the Tupelo Luncheon Civitan Club in BNI United Professionals. He was also an advocate for recruiting new members for his beloved Civitan Club. In addition, he was an avid supporter of the arts and he and Marianne were often seen taking up tickets and passing out programs at Tupelo Community Theatre productions and volunteering at other arts venues around the city.

Survivors include Bob’s first wife, Donna Hajek; their son, Eric and his wife Katherine and their two children, Brandon and Trina of Akron, Ohio; Bob and Marianne’s daughter, Alicia Hajek and her four children, Cameron, Kadyn, Jaeleigh and Link Hajek of Columbus, MS: and their daughter Tabbetha Hajek and her three children, Aryana and Jacob Hajek and Alex Green of Houston, MS; and they have several step-grandchildren. He is also survived by his brother George’s widow, Bonnie Hajek of Brecksville, Ohio; Marianne’s brother Ken Barnes, his wife Jan and Marianne’s sister, Carol Barnes of Elyria, Ohio. Bob had a large, extended family of aunts, uncles, cousins, nieces and nephews due to the fact that his mother had ten brothers and sisters and his father had eleven. Bob’s parents were the youngest of those large Catholic families.

A Funeral Mass will be recited at 1 PM at St. James Catholic Church in Tupelo, MS on Saturday, September 4, 2021 with the Rev. Tim Murphy and the Rev. Henry Shelton presiding. Visitation will be from 11:30 AM – service time.

Donations in Bob’s memory can be made to the Knights of Columbus, in care of St. James Catholic Church, 1911 North Gloster, Tupelo, MS 38804; to French Camp Academy, 201 School Street, French Camp, MS 39745; or the Tupelo Luncheon Civitan Club designated for the Alzheimer's Foundation.