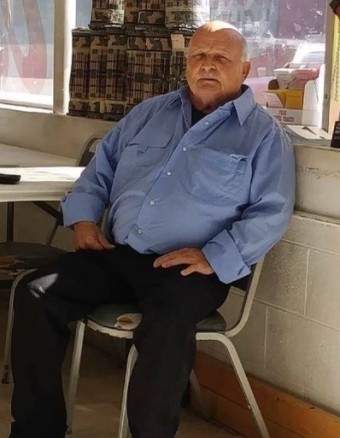 Ballardsville-Bryant Clayton Durdin, 74, died at 4:30 pm Wednesday, Sept. 8, 2021 at his residence in Ballardsville after a period of declining health.  Born in Byhalia, Ms. on June 20, l947 to the late Walter Durdin, Sr. and the late Mary Steward Durdin McGinnis, Bryant spent time in Clarksdale and had lived in this area many years.  He was a self employed mechanic and enjoyed tinkering in his shop, working on vehicles, tractors and whatever was his fancy of the day.  Blessed with a “gee whiz” personality, Bryant never met a stranger and greatly enjoyed conversation with family and friends.  He was a US Army veteran and proud of his country.  Papaw, as he was called by his grandchildren and many other friends, enjoyed cooking and his specialty was biscuits and gravy and chicken and dumplins.  He attended the Boguefala Baptist Church in Mooreville.

A memorial service is to be announced in coming weeks. Holland Funeral Directors is honored to be serving their friends. Condolences may be e mailed to hollandfuneraldirectors@comcast.net

A Memorial Tree was planted for Bryant