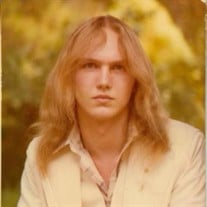 John William Hall, 60, passed away at his residence on Sunday, September 12, 2021. He was born December 10, 1960 in New Albany to Milburn Roy Hall and Eula Windham Hall.
He worked for CEC Design in drafting and design. Some of his hobbies and interests were building computers, art and music, especially classic rock. He loved his dog, “Dude.”
A visitation will be held from 4:00p.m. till 6:00p.m. on Thursday, September 16, 2021 at United Funeral Service.
He is survived by his daughter, Keri Briscoe (Will); his son, John Phillip Hall; and two brothers, David Hall (Karen) and Charlie Scott Hall.
He was preceded in death by his parents and a sister, Anita Yvonne Bailey.
United Funeral Service is honored to be entrusted with these arrangements.