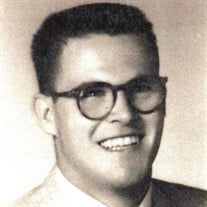 Atlas Earl Tutor, age 86, of Water Valley, MS passed peacefully Sunday, September 19, 2021, at the Yalobusha County Nursing Home. He was born January 19, 1935 in Yalobusha County, MS as the youngest of five children to the late Allen Hollis and Freddie (Flowers) Tutor. During his high school years, Atlas was voted “Mr. Jeff Davis High School” along side of Jo Burns, who was “Miss Jeff Davis High School” During this time he worked at Crowson Motors in Water Valley as a cashier and also washed cars. After finishing school, Atlas attended the College of Business and Commerce in Memphis, TN where he studied accounting. Atlas then moved back to Water Valley where, for a short while, he owned a small grocery store. He then went to work for John Throop Gas Company which later became Blackwood & Howell. After many years at Blackwood & Howell, Atlas went to work for the North Ms. Regional Center, and then The University of Mississippi as campus dispatcher, where he ultimately retired. Atlas loved The Lord and was faithful to Bethel Baptist Church in Water Valley where he served as a deacon, Sunday School teacher and graciously gave rides to any children desiring to go to church or vacation bible school. Once his health declined to the point of needing assistance, he still served by doing the daily devotions at the nursing home up until the day before his passing.

Visitation is planned for Saturday, September 25, 2021, in the Gardiner Room at Seven Oaks Funeral Home from 12:00 Noon until 2:00 PM. Services will follow at 2:00 PM in the Henry Chapel of Seven Oaks with Brothers Dan Dickerson and James Edwards officiating. Burial will be in Bethel Cemetery.