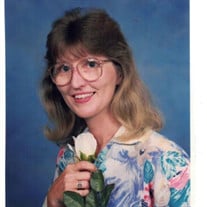 Mrs. Celeste Howard Hurst, 61, passed away on September 19, 2021 at North Mississippi Medical Center in West Point. Celeste was born on September 2, 1960, in Clarksdale, the daughter of Dean Blackwell Howard Pinner and the late Henry L. Howard. Celeste and her husband, Donny, owned and operated DC Tire Company in West Point for 31 years and she absolutely loved it. During this time, she also worked part-time with the United States Postal Service and retired after 23 years. She loved her family and her dog, Coco. She enjoyed working in her flower beds, sewing and doing crafts. She married Donny Hurst on December 21, 1981 in West Point. She was of the Baptist faith.