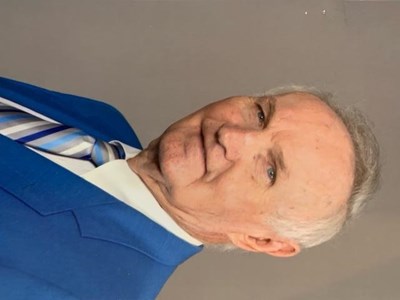 Mr. Curtis died at his home with his family by his side. He was born on August 19,1939. He was the son of the late Alta Curtis and Clarene Robertson Curtis of Lowndes County, MS.

Charles graduated from Caledonia High School. He attended Freed-Hardeman College and Holmes Jr. College. He began preaching the gospel of Christ at the age of fifteen and he continued preaching until July of 2020. His knowledge and ability to teach God’s word will be missed.

He served as pulpit minister for Churches of Christ in Mississippi and Alabama. Charles has conducted gospel meetings and spoken on lectureship programs throughout the south, including Mississippi, Tennessee, and Georgia. One of the highlights of his ministry was on a Sunday morning in Israel, when he spoke on the banks of the Jordan River. Charles and his wife Dorothy have served together in the ministry for over 60 years. He retired as full-time minister at the Foote Street Church of Christ in 2005, having served 17 years with this great congregation. He continued to preach the next 13 years for churches in Pocohontus, TN; for Kendrick Road Church of Christ; and for Clear Creek Church of Christ.

Charles loved his family and was a devoted husband to his wife, Dot, for 61 years. He was a loving father, grandfather and great-grandfather.

He enjoyed fishing and hunting. He enjoyed sharing these experiences with his friends at the “coffee table” at Lonnie’s Sporting Goods.

In addition to his parents, he was proceeded in death by his daughter, Dorothy Renee Curtis.

Memorials may be made in memory of Charles to a charity of your choice.

Fond memories and expressions of sympathy may be shared at www.memorialcorinth.com for the Curtis family.