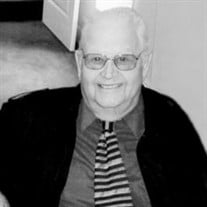 Amory – Harlon Lee Hester, 94, was reunited with his wife in Heaven when he passed away on Tuesday, September 21, 2021. Born in Monroe County, he was a son of the late Garland Washington Hester and Estell Parker Hester.

Harlon lived most of his life in Monroe and Lee County. He attended Bigbee schools and graduated from Amory High School. He attended GI School and served the United States Army for 2 years. While in the Army, he served overseas in Germany with the 4th division.

He married the love of his life, Dorothy “Dot” Louise Wildman on December 23, 1961. He was a great husband and they were married for 58 years prior to her death. He had an adopted son, Vincent Lee Hester, who brought him years of joy before his death of a brain tumor in 2013.

He and his wife were active members of the Cason Baptist Church until he had a stroke in 2007. Harlon was self-employed and in the trucking business from a very young age until he retired after almost 40 years. He enjoyed fooling with cars and trucks in his spare time. Besides his wife, some of his close friends were Roger Dean, Jason Dean, and caregiver Louise Dean. His wife and he also had a business where they raised horses and showed them. They traveled to many places and enjoyed each other’s company and making many memories.

He will be missed greatly by those who knew and loved him.
In addition to his parents, Harlan was preceded in death by his loving wife, Dorothy; son, Vincent Hester; uncle, Kel and Jessie Bell Parker; aunt, Tite; and grandmother, Willie Parker.

Graveside services for Harlon will be on Wednesday, September 21, 2021 at 2:00 pm, at Liberty Cemetery, Nettleton, MS, with Bro. Matt Long officiating.

Due to Covid, there will be no visitation.