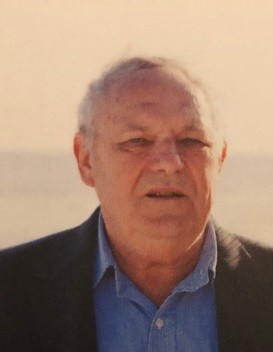 Verona-He’s repaired his last tractor, laid his tools down, the music has muted and the dances are in the history book! Jorgen Scheuer departed this earthly realm on Thursday, Sept. 23, 2021 from his residence in Verona of an apparent heart attack.  Born in his native Denmark on Jan. 23, 1945 to the late Paul Scheuer and Anna Sorensen Strojer-Hansen, he spent his early childhood and school days there. The adventuresome and fearless Jorgen was recruited in his 20’s to come to Tupelo to work tool and dye with Super Sagless.  With a green card and hope for the horizons yet to come in America, in l968, Jorgen began a learned and respected love of the South that endured and grew the whole of his life. He married here and had three daughters. In the meantime, he received his degree from Mississippi State University.  After leaving Super Sag, he did mechanical work and taught  tool and die in the schools for a while also importing European made tractors to this country.  His love of machinery, old tractors, fixing things, welding made him almost a genius in the trade. He was often respectfully called the “tractor doctor”.  Jorgen founded and operated Verona Tractor on Old Hwy 45 for over 35 years.   He enjoyed using his skills to help others.  Along the way, he started taking ballroom dancing lessons at the North Miss. Dance Studio in downtown Tupelo. He loved it, committed himself to it, met wonderfully fascinating and interesting people there and became very skilled at it!  He attended dances all over the USA and even in foreign counties such as a Tango Festival in Columbia, South America.  A unique, one-of-a-kind person, he was a licensed pilot and even went skydiving on his 60th birthday. A Lutheran, Jorgen found his home in Lee County and made all of us appreciate life.

A time of Reflection and Remembrance will be celebrated at 5 PM Sunday, Sept. 26, 2021 at the Tupelo Chapel of Holland Funeral Directors. His daughters and others will speak.  Friends will be received beginning at 4 pm Sunday at the funeral home.  For those unable to attend, they may view the service at www.hollandfuneraldirectors.com/Livestreaming at 5 pm and will be permanently archived thereafter.