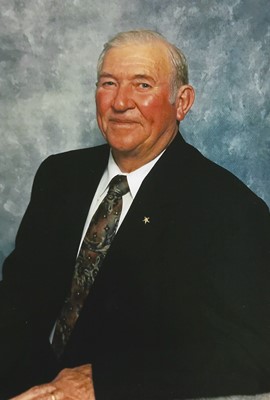 Melvin Dowdy, age 91, passed away on Saturday, September 25, 2021 at Sanctuary Hospice House in Tupelo. He was born February 15, 1930 to Henry Milton and Nannie Mae Buchanan Dowdy. Melvin was currently a member of Cairo Baptist Church and was a longtime member of Shady Grove Baptist Church. He was also a Mason, and member of the Eastern Star and Lions Club. Melvin enjoyed working, farming, operating heavy equipment and loved baseball and watching his grandson play ball.

He was preceded in death by his parents, his wife of 55 years, the mother of his children, Louise McCollum Dowdy, and a daughter and son-in-law, Linda Word (Don).

Visitation will be from 11 AM until service time at the funeral home on Tuesday.