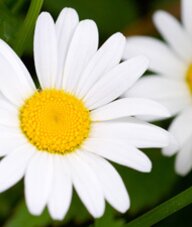 A beloved husband, father, grandfather, teacher, mentor, and friend, he was 93 years old. His career at MSU spanned from 1960-1998.
A prolific and talented writer and author, Dr. Scott authored or co-authored eleven books, numerous articles, and many book reviews. His varied areas of interest allowed him to easily cover topics that ranged from agricultural history, westward expansion of the railroads, and economic development, among others, to major biographies, and then move seamlessly to areas of personal interest, such as one of the earliest books on the growth and development of Sam Walton’s Wal-Mart, and the many entertaining and varied stories of the Mississippi State students who had resided in the Old Main Dormitory that burned to the ground in 1959. An expert researcher and historiographer, several of his books still withstand the test of time as the standard on their subject.
Dr. Scott also loved his students, as is best indicated by the legion of masters and doctoral students he helped shape at MSU, while still retaining the enjoyment of teaching a section of sophomore level survey of American history. Years later, he and other family members would hear stories from his former students about how much they loved his class and teaching style. Many non-history majors would even sign up for extra classes of his to take as electives after sophomore survey. In the realm of professional service and awards and grants, Professor Scott generated significant external support funding over many years, and also served in leadership roles on and off campus on committees, symposiums, and in professional organizations.
He stayed quite busy, and though numerous, several roles and awards were particularly meaningful. These included being named a Distinguished Professor of History and one of the inaugural class of Giles Distinguished Professors in 1978, to celebrate the centennial of the University’s founding. Others included stints as President of the Agricultural History Society and Mississippi Historical Society, being named a Fellow of the Agricultural History Society, serving on the University Graduate Council, and serving as Chairman of the University Tenure and Promotion Committee.
Dr. Roy Scott lived the University’s mission of learning, service, and research.
Going back, Roy was born on December 26, 1927, to Roy J. and Edna Dodson Scott in Wrights Township, Illinois. He had one sister, Helen Scott Goode, who predeceased him. He grew up on the family farm in Greene County, Illinois, and there attended a one-room country school for the first eight grades of his education before graduating from Greenfield High School. He then enlisted in the United States Air Force and served two years, rising to the rank of sergeant.
He seriously considered Officer Training School, but he elected instead to attend college at Iowa State University where he received his BS degree in 1952. Determined to become a historian, he went on to the University of Illinois where he received his MA degree in 1953 and his PhD in 1957.
It was during his time at Illinois that he met Jane Angeline Brayford. A fast-rising star, Jane was back at Illinois exploring further study, having previously received her BS and MA there. She had started her career as a high school history and English teacher after receiving her BS in 1950, then rapidly advanced in higher education administration first at Berry College in Rome, Georgia, before moving to the University of Florida.
They were a match and, after their courtship, married on July 9, 1959. With a couple short stints elsewhere, they ended up in Starkville where they stayed. They were married for 58 years before Jane’s passing on March 31, 2018 when she went to her Eternal Home.
Roy and Jane raised three children together in Starkville. John, who was born in 1960, lives in Ridgeland, Mississippi. Beth, born in 1964, lives in Greensboro, North Carolina. And Sarah, who was born in 1967, lives in Collierville, Tennessee with her husband of 32 years, Mark Shindala. They have two children, Matt and Katie, who live in Austin, Texas and Nashville, Tennessee, respectively.
As parents, Roy and Jane proved to be a dynamic team. Roy was an active and engaged father, while Jane brought her same level of intellect and energy from her career to raising the children. When Roy was working late at his office or study on a new book or was on his long summer research trips to locations such as Lincoln, Nebraska to St. Paul, Minnesota, to Ithaca, New York to the Library of Congress, it was Jane who kept things on track at home. They were incredible.
Finally, as a 61-year Bulldog fan, it was truly a blessing that Roy got to savor each and every game of the baseball team’s 2021 National Championship run. While he loved all sports, baseball was always his favorite sport, and though his decline in recent weeks and months was rapid, he was fully engaged in the games all the way through the College World Series Finals and proudly wore his national championship hats.

Dr. Roy V. Scott’s funeral was a private, family only service on August 28, 2021, at Welch Funeral Home Chapel, due in part to the recent Covid surge. He is at rest next to Jane at Memorial Garden Park in Starkville, and they are together again in Heaven.

Those interested in remembering him by contributing to his memory are asked to do so with First Presbyterian Church in Starkville, his adopted church home that was, and is, loved so well by Jane and the children.