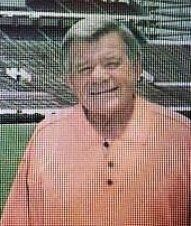 The Amory MS native attended Louisiana College on a football scholarship (1958-1962) and coached in Mississippi schools of Ponotoc, Union and Canton before accepting a football coaching position at Mississippi State University in August 1970.

Always known as Coach Reed, he loved and treasured his family, friends, former players and coaches.

In lieu of flowers, the family has requested that memorial gifts be considered in Coach Reed’s honor to the MSU Foundation, Inc. for the George Wesley Reed Endowed Scholarship in Teaching/Coaching. Gifts can be sent to PO Box 6149, Miss State, MS 39762 or online at msufoundation.com

Visitation for family and friends to celebrate this occasion will be held at the Leo Seal M Club on Mississippi State’s campus Wednesday, September 8, 2021. Visitation will be from 1:00-2:00pm and the memorial service will begin at 2:00pm.