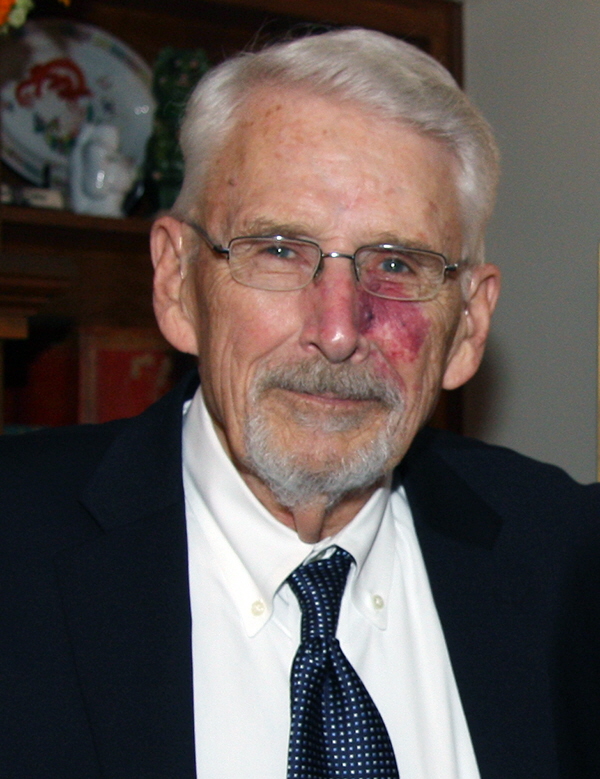 Dr. Jere Richmond Hoar, 91, died October 2 at Sunshine Healthcare in Pontotoc. A private family graveside service will be held with his son Dr. Ben Hoar and Reverend Warren Black officiating, and a public celebration of Dr. Hoar’s life and career will be held at a future date. Waller Funeral Home is in charge of arrangements.

Dr. Hoar was born October 23, 1929, in Dyersburg, Tennessee. He is the son of the late Col. Eldon J. Hoar and Lula Mae Zimmerman Hoar. He gave his heart to God late in life, and readily and earnestly professed his faith as a Christian to family, friends, visitors, caregivers, and clergy. He was a member of Oxford-University United Methodist Church.

At his farm east of Oxford, Dr. Hoar enjoyed raising his fine line of English Setter bird dogs for more than 50 years, Tennessee Walking Horses, St. Croix sheep and herding dogs, and quail hunting. He participated in dog field trials and horse shows. He was a gifted writer of both non-fiction and fiction, short stories and books, and was a voracious reader.

To say that Dr. Hoar was a legend at the University of Mississippi, where he taught Journalism for more than 30 years, would not do justice to the impact he had on the department, the University, the field of journalism, or his students and their careers. He was very tough but fair, and not the least bit hesitant to give a failing grade (when deserved, of course) to seniors or even master’s and Ph.D. candidates who would otherwise graduate. And he did. Often.

Curtis Wilkie of Oxford, one of the nation’s preeminent authors, was one such student. “He flunked me for failing to turn in my stories on time for his feature writing course,” he wrote. “As a result, I did not graduate with the class – my class – of 1962. By giving me an F, Jere taught me a lesson I would never forget. I can say that during a career as a reporter that lasted for nearly 40 years, I never again missed a deadline.” Such respect and a shared love of journalism led to many great friendships Dr. Hoar enjoyed with his former students. His mentoring and sound guidance also yielded excellence in journalism across the state and nation.

The son of an Air Force Colonel, Dr. Hoar experienced childhood across the country in such diverse states as Tennessee, South Carolina, Alabama, Utah, and California. He learned the newspaper business at an early age when his father purchased a daily newspaper in Troy, Alabama. He began working in the print shop setting hot type, but by age 16 he was the police reporter and at 17 he became the (secret) editorial writer. It was then he decided on a career in journalism. He was later news editor of the Oxford Eagle and the Journal of Southern Commerce newspapers, and editor of Iowa Publisher magazine. He wrote innumerable news and feature articles, and sold freelance articles to state, regional, and national magazines.

At Ole Miss, he was an Assistant Professor from 1956-59, Associate Professor from 1959-67, and Professor from 1967-1986. He taught part-time from 1986-1992 as Professor Emeritus. He also served as Acting Chair of the department and headed the journalism graduate program for more than 20 years. In total, he taught 25 undergraduate and graduate courses. As an academician he published more than 40 scholarly articles, three television scripts, and a textbook chapter. He was named the University’s Teacher of the Year in 1974 and recipient of the University’s Silver Em Award for Journalism in 1995.

As Curtis Wilkie wrote, “Beyond his own children, Jere Hoar has a large, extraordinary family of former students, admirers, and friends. I can speak for this group – as a student, admirer, and friend – in saying simply: Thank you, Jere.” Dr. Hoar’s family expresses its deep appreciation for the kind and compassionate care he received for the past year at Sunshine Healthcare, and to the staff of HomeCare Hospice/New Albany.