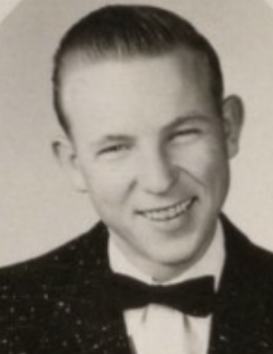 ENDVILLE COMMUNITY – Billy Perkins Nunnelee, the guy with a thousand jokes, a Southern storyteller of epic dimensions and the man who made breakfast, lunch and supper and lifted the spirits of many a soul in this area in his 40 years of being in the hospitality business, has crossed over to the other side.  Bill died at his home on Nunnelee Hill on Wednesday, Oct. 13, 2021 about 500 yards from where he was born in the Endville Community of Pontotoc Co.  on November 20, 1939.  His parents were the late Clarence Raymond “Dink” Nunnelee and Mary Eliza Scruggs Nunnelee. Billy grew up as a farm boy working the land and tending to the livestock.  He was affiliated with the Endville Baptist Church in his younger years and particularly loved attending on Easter Sunday.  He graduated from Sherman High School. A practical jokester and “dirt road sport,” Bill owned several food and cold-beverage venues in his over 40 years in the restaurant and lounge business, including Bill’s Lounge, a local landmark. He enjoyed sporting events especially being skilled in “sports math” and loved gardening, most notably growing his prized tomatoes.  He always encouraged and provided ample opportunities for his sons and grandsons to work hard, particularly when they were idly standing in front of him. Bill was especially proud of being deputized by his buddy, Pontotoc Co. Sheriff Leo Mask. He was an honorary member of the VFW.

A service celebrating his life will be held  at 3 PM Saturday, October 16, 2021 at the Tupelo Chapel of Holland Funeral Directors with Bro. Jimmy Webb officiating.  Burial will follow in the Nunnelee family plot at Endville Cemetery. Friends may visit with the family from 1 PM-service time on Saturday only at Holland-Tupelo Chapel, which is honored to be serving their friends.  For those unable to attend, the service may be viewed at  www.hollandfuneraldirectors.com/Live-streaming  at 3 PM and will be permanently archived thereafter.

Bill is survived by his wife, Evelyn Briggs Nunnelee, to whom he was married in 1973; his 4 sons, Rickey Nunnelee (Anita) of Endville, Billy Nunnelee (Angie) of Pontocola, Jerry Wayne Nunnelee of Blue Springs, and Keith Nunnelee (Lauren) of Philadelphia, PA; several grandchildren and great grandchildren; his sisters, Mary Ann Reese (Bill) of Hartselle, AL,  and Ellen Jetton (Jamie) of Endville; two brothers, Pat Nunnelee (Sandra) of Tupelo, and Dr. Jim Nunnelee (Edith) of Grenada; a sister-in-law, Marla Nunnelee of New Harmony; and numerous nieces, nephews and their families. He was preceded in death by his parents; brothers Paul, Harold, and Jerry; and a daughter, Debbie Nunnelee Mauldin in 2019.

Memorials may be made to the Endville Cemetery Perpetual Care Fund,  88 Endville Road, Belden, MS 38826.