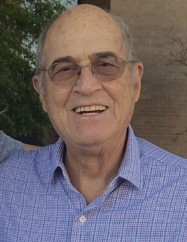 TUPELO – Dr. Coniglio was born on August 30, 1935 and raised in Washington D.C. Key to his formation was attendance at and graduation from Gonzaga High School. He subsequently studied for the Catholic priesthood graduating from Villanova University and two years study in Rome, Italy. Upon return to the United States, he was drafted and sent to Germany during the Berlin crisis. Dr. Coniglio served in the Army for 28 years, retiring with the rank of colonel. Dr. Coniglio served two tours in Vietnam earning an award for valor and the Purple Heart. While in the Army, Dr. Coniglio earned a MA in Latin American Studies from the University of Florida, a MS in Counseling from Long Island University, and a Ph.D. in Counseling from The American University. He served as the Defense Intelligence Officer for Latin America and Defense Attaché to Nicaragua and Colombia during the turbulent period in the 70s and 80s. The assignment he cherished most was the years he taught at the U.S. Military Academy. After retirement in 1993, Dr. Coniglio spent 17 years as a licensed mental health therapist and massage therapist at the Neuropsychiatric Institute in Tampa, Florida where he gained experience in Forensic, Pain and Addiction Counseling. Dr. Coniglio joined his wife in Tupelo in 2010. He served as the Program Director at the North Mississippi State Hospital and as Head of the Mayor's Accountability Task Force.

Dr. Coniglio felt these three ideas summed up his life:

You have made us for yourself, Oh Lord, and our hearts are restless till they rest in Thee (St. Augustine)

I have had a good life. Thank you! AMDG

A funeral mass will be recited on Friday, October 29, 2021 at St. James Catholic Church. Visitation will be from 10AM – Service time at the church. Military Honors will be presented at Itawamba Memorial Garden.

Memorials may be made to Friends of The North Mississippi State Hospital, 1937 Briar Ridge Drive, Tupelo, MS 38804.