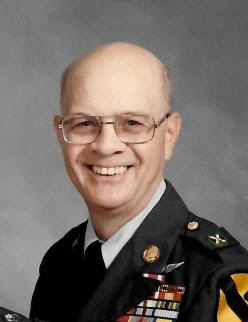 Saltillo – Don Fox, 88, died peacefully after an extended illness Saturday, October 23, 2021 at Sanctuary Hospice in Tupelo, MS. Don was born November 12, 1932 to Edward and Marguerite Fox in Camp City, NY. He grew and went to school in Brooklyn. At a young age he joined the army. While serving in Japan he met his wife, Shirley.

After a distinguished career of 36 years military service, Don retired as a Command Sergeant Major. After retiring from the military he became an alcohol and drug abuse counselor for 5 years.

Throughout his life he had 3 loves – God, family and country. He was a faithful Christian, husband and father. He was a member of Mayfield church of Christ for over 35 years. Due to his sudden extended illness he attended West Main church of Christ when he could until his death.

He served in many leadership roles in the church from deacon to elder, teacher to preacher. He also did missionary work in other countries. He was encouraged to take all his biblical knowledge over the years and put in book form. One of his proudest achievements in his life. He loved photography. In his early years he would photograph and then develop his own pictures.

He is survived by his 2 daughters, Peggy Gray (Mike) of Saltillo, MS and Jean Jaggers (Craig) of Pontotoc, MS. Grandchildren Zachary Gray and Sheena Smith; Great grandchildren, Emma Smith, Leah Smith and Zachary Paul Gray, Jr. He has a host of cousins, nieces and nephews.

Don was preceded in death by his beautiful, faithful wife of 65 years Shirley, his parents Edward and Marguerite Fox, brothers Edward and Warren and sisters Kathleen and Arlene.

Visitation will be Sunday, October 24 from 1 to 4 at Waters Funeral Home in Baldwyn, MS.

Service will be Monday, October 25 at 2 at Mayfield church of Christ in Saltillo, MS. Officiating will be Brothers Mark Shiers and Adam Miller.