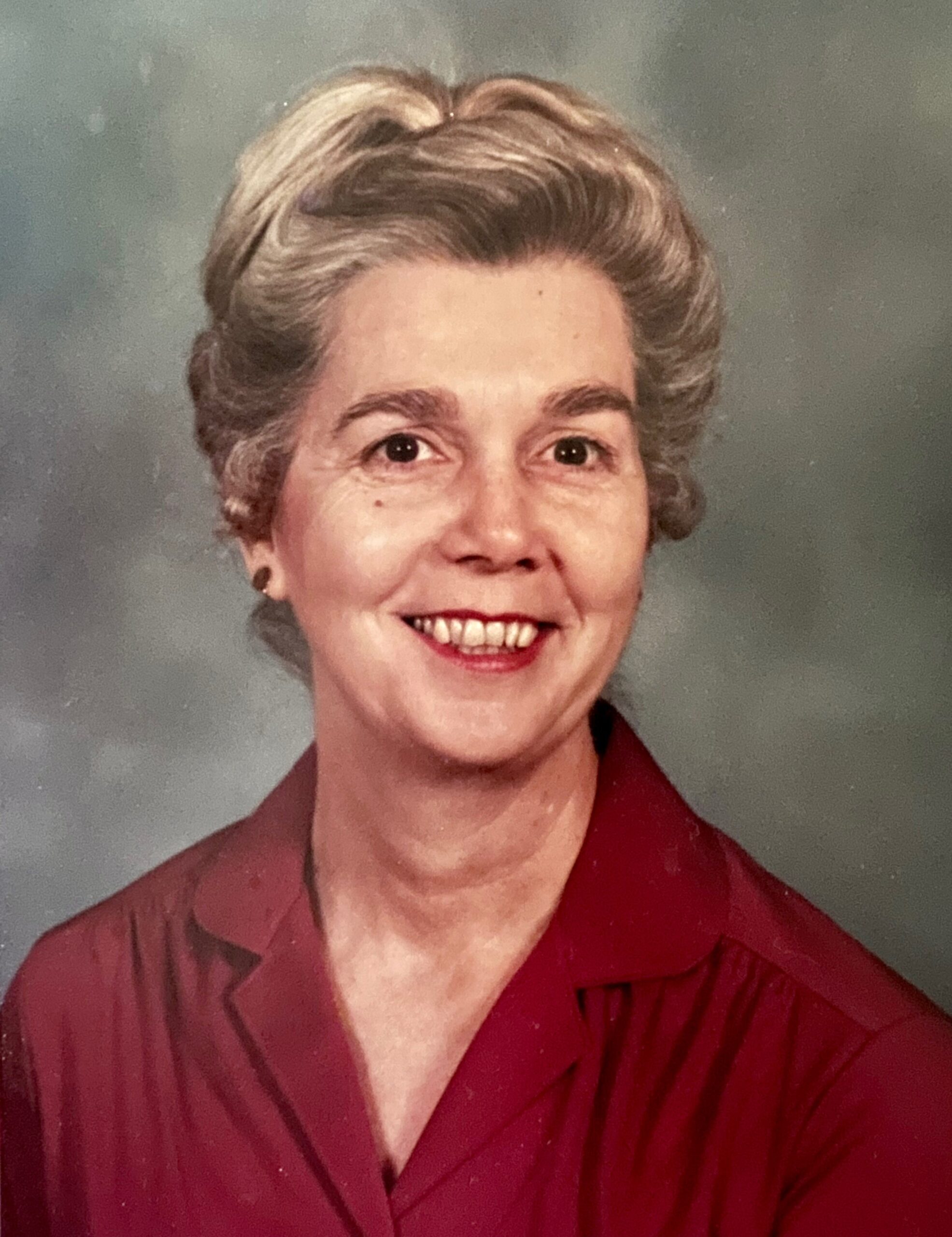 Lucy Lynn Robinson died November 10, 2021, in Oxford, Mississippi.  She was born August 14, 1933, the daughter of Rev. William Lawson Robinson and Olive Lucille Hathorn, and the fifth of six children. Although the family was living at Lake Cormorant at the time, Lucy – ever the prankster – was born in Sardis during a revival meeting her father was holding. Along with her five siblings, Lucy spent her childhood years in various Methodist parsonages across Northeast Mississippi and the Delta.  Summers were spent in her father’s native Itawamba County where she roamed the Robinson family farm with her cousins, including a special cousin, James Luke Robinson, who was three days younger than she.  Lucy also spent many happy days at her Hathorn family home in Oxford, now the site of the Ole Miss marijuana research facility.

Lucy graduated from Millsaps College, following which she taught in public schools across the country from Florida to California.  In 1970, Lucy returned to Oxford to take care of her aging parents.  For the next several years, she was “Miss R” to thousands of students at Lafayette High School where she created life-long relationships like those with George, Jennifer and Peggie Gillom that continued until her death.  In retirement, she became known as Citizen Lucy in the local newspaper based upon her frequent appearances before the board of aldermen and zoning board where she fiercely voiced her opinions about many public issues.

Lucy enjoyed traveling and made many trips to Europe and Northern Africa.  In later years, she regaled visitors with stories from her travels to ancient Roman ruins in Algeria as well as the global seed storage vault in Norway and the lavender fields of Provence.  Not to be forgotten is her delightful account of inadvertently leading the Rose Bowl parade one year in Pasadena with her close friend Mary Alyce Shields of Tchula.

Survivors include her brother, Lawrence Evans Robinson of Hunstville, Alabama; caring cousins in Oxford: Genie Hathorn Henson, Angel Kendricks, and Mona Robinson Mills; special friend, Jeanne Shields of Germantown; and long-time friend and caregiver, Shirley Hudson of Oxford. In addition, Lucy is survived by David Alderman, who along with his wife Jane, provided comfort and care for Lucy, enabling her to live at home as long as possible.

Lucy was preceded in death by her parents, and siblings: Dr. Guy Hathorn Robinson, Evagene Whitfield, Mary Sue Robinson, and William Lawson Robinson Jr., as well as a nephew Benjamin Calvin Whitfield. Following Lucy’s instructions, her remains were cremated for burial in the family plot at Oxford Memorial Cemetery, and there will be no memorial service.