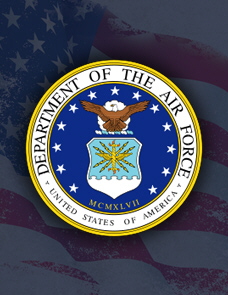 Mr. Locke was born on August 12, 1933, to the late Ada Mae Lewis and Albert Byron Locke. Mr. Locke served as a Captain in the United States Air Force and earned a Bachelor’s degree in agri-engineering before beginning his career as a sales engineer. He was a former member of Oxford-University United Methodist Church and a current and active member of Clear Creek Baptist Church. He was most happy when he was outdoors and was an avid hunter, fisherman, and gardener. He was a past board member of the Lafayette County Forestry Association and formerly served as Election Commissioner. His family will cherish their many memories of their father whom they affectionately remember as loving and caring.

In addition to his parents, Mr. Locke is also preceded in death by his wife, Stella Kay Chapman. He is survived by his daughter, Lynda Lewis Mace of Little Rock, AR; two sons, James Byron Locke of Little Rock, AR, and Dwight Locke of Oxford, MS; a brother Jerry Mac Locke, Sr. and his wife, Carrie Ann of Oxford, MS; three grandchildren, Katelyn Ashley Mace, Madison Taylor Mace and A.B. Locke and his wife, Elaine and a great grandchild, Scarlet.