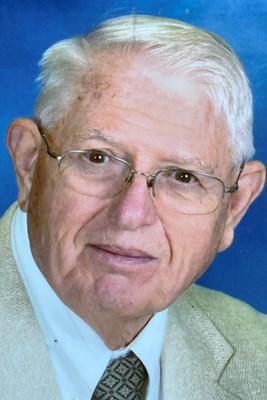 Jay Peay Crouch, Jr age 86 died Wednesday Dec 1, 2021 at his home. Born in Nashville, TN (on the same day as Donald Duck as he liked to say) to Jay Peay Sr. and Leonora Crouch. He graduated from Peabody Demonstration School and then graduated from UT School of Pharmacy in Memphis. While living there he met and married Mabel Vaughn and they just celebrated their 65th wedding anniversary in July. Jay worked for Walgreens as a registered Pharmacist for 43 years, serving stores in TN, MS and LA. He enjoyed being outdoors working in the yard and became a Master Gardener in 1998. He enjoyed his own garden and helping others with theirs through volunteering for a time with the MS State Extention Horticultural hotline in the Verona Office. A believer and follower of Jesus Christ, he was of the Baptist faith and served as a deacon since 1970 in churches wherever they lived. Upon retirement they moved to Pontotoc, joined West Heights Baptist Church and thoroughly enjoyed the fellowship there. Jay is preceded in death by a sister Geraldine C. Holmes and survived by a brother Walter (Ruth) of Nashville. He is survived by his children Chris (Christine) of Bigelow, AR and Cynthia C. Phillips (Jim) of Greenwood, MS. Three grandsons had the joy of calling him PopPop, Stephen Phillips (Amanda) of Nashville TN, Jonathan Phillips (Olivia) of Clinton, MS, and Kevin Phillips of Jacksonville, FL. Great grandchildren Jackson and Georgia Phillips of Clinton, MS.
Visitation will be held Monday Dec 6th at West Heights Baptist Church in Pontotoc MS from 9:30 -11am followed by the funeral service at 11am. Bro David Hamilton will officiate assisted by Dr. Jim Phillips. The family would like to thank Dr. Stephen Montgomery, NMMC Hospice team, Becky Baker, Nancy Webb, Peggy Smith and Martha Hancock for their care and support through the years. Memorials may be made to West Heights Baptist Church or to the charity of the donor's choice.