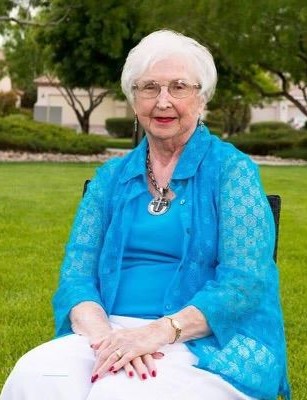 Sara Brooks Marr, after a long life well lived with her priorities of God and Church, family and her heart for children, entered the gates of Glory on Friday, Dec. 17, 2021 from her longtime Tupelo residence after 3 years of declining health.  She was 93.  Brooks was born July 29, 1928 in Holly Springs to the late Conner Dewitt (CD) Collins and Annie Lewis Brooks Collins.  She graduated from Holly Springs High School in 1944 and continued her education at Blue Mountain College completing her Bachelors Degree in Education in 1949.  In 1968, she earned a Masters degree from the University of Mississippi. Brooks spent her working life as a special education teacher in the Tupelo Public Schools, the Fulton Public Schools and at Blue Mountain College where she was instrumental in developing stat and local special education curriculum.  Brooks had a passion for children especially those whose lives were marked by struggle and vulnerabilities. She had a special touch for those with special needs.  An active, faithful and devoted member of Harrisburg Baptist Church since 1955, Brooks loved all the ministries of the Church and was a longtime Sunday school teacher and choir member and enjoyed traveling with the Senior Adult group.   She and her late husband, William E. “Bill” Marr, Sr, being a career military man, spent many hours together serving the causes of Veterans with Brooks serving as National Chairwoman of the National Guard NCO for four years. A patriotic American, Brooks loved her country and the flag of this Nation. Always talking, laughing and spreading cheer and encouragement with her jovial personality, Brooks cut a wide path in her long life and made a difference in many lives.

A service celebrating her life will be held at 2 PM Wednesday,  December 22, 2021 at the Sadie Holland Chapel of Holland Funeral Directors-Tupelo with Bro. David Smith officiating.  A private family burial will follow in Lee Memorial Park.  Visitation will be from 1 PM-service time on Wed. only.  For those unable to attend, the service may be viewed at www.hollandfuneraldirectors.com/Livestreaming at 2 pm Wed. and will be permanently archived thereafter.

Memorials may be made to Harrisburg Baptist Church, 4675 Cliff Gookin Blvd, Tupelo, MS. 38801.