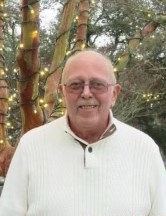 CLINTON / NETTLETON – Danny Carroll Chaney, a Nettleton native and resident of Clinton, MS, died unexpectedly on Sunday December 19th, 2021, of a massive heart attack. He was 67.

A memorial service will be held for Danny on Thursday December 23, 2021, at 4 PM at Pocahontas Baptist Church, 4200 Kickapoo Road, Jackson, MS. 39209. Bro. Ryan Culpepper will deliver the eulogy.  Holland Funeral Directors-Tupelo is entrusted with arrangements.

Danny was born in Tupelo on December 16, 1954, to the late Ober Chaney and Cleo Ratliff Chaney, a pioneer family in these parts.  He spent his growing up years in Nettleton and graduated from Nettleton High School in 1973.  Danny held various positions in his working life with his last employment as Warehouse manager for Cowboy Maloney’s in Jackson.  Danny enjoyed life and lived it to the fullest.

He is survived by his loving wife of 1 ½ years, Linda Roby Chaney; her son, Bryant Roby, her daughter Heather (Paul) McMichael; and grandchildren, Chelsea and Cari Roby, Karley, Abi and Layne McMichael. He is also survived by his son, Phillip Chaney, and his daughter, Amanda (Eric) Russell; and grandchildren Tayler Russell, Drew Russell, Elliot Chaney, Michael Chaney Grayson Russell and Lulu Chaney. Danny was preceded in death by his parents, Ober and Cleo Chaney, 2 brothers, Bill and Jimmy Chaney, and one sister, Shelia Chaney. He has countless cousins all across Northeast Mississippi and the Mid-South. Please hold their families close in thoughts and prayers in the days ahead.