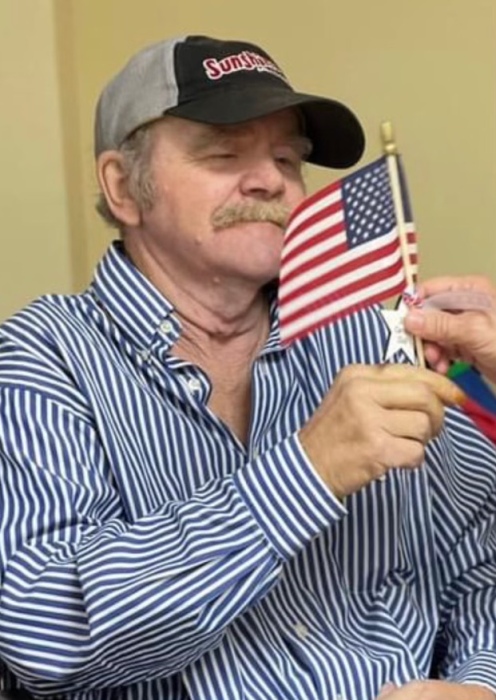 IUKA – Jimmy Gerald Simmons, 65, departed this life from Sanctuary Hospice House in Tupelo on Christmas Eve, Dec. 24, 2021 after 5 years of declining health.  Born in Booneville on Nov. 11, 1956, to the late James Howard Simmons and Shirley Mae Morris Walden, he grew up in the Fairview Community of Itawamba Co.  Gerald had a “gypsy” nature and lived and worked all over the country.  He spent several years with North American Pipe in Booneville and, before his health failed, worked at Belmont Homes. Gerald honorably served his country in the U.S. Army in the post-Vietnam era. He and his family spent much time in the Iuka/Red Bay area. Gerald (PaPaw) enjoyed spending time with his grandchildren and writing poetry.  He was of the Baptist faith.

A memorial service will take place at 1 PM on Friday, Dec. 31, 2021, at Holland Funeral Directors in Tupelo (5281 Cliff Gookin Blvd., Tupelo, MS. 38801).  Burial will be private.  The family will receive friends beginning at Noon on Friday only.

Holland Funeral Directors is honored to be serving their friends.