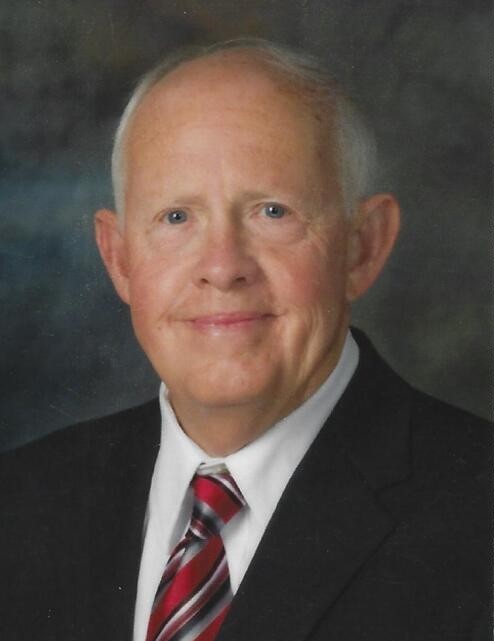 Claude Hartley cut a wide path in his 90 year earthly pilgrimage that was filled with laughter, the love of family and community, living large and passionately  providing the best in education for Mississippi’s school children.  Claude died Wednesday, January 5th, 2022 at Sanctuary Hospice House in Tupelo after several years of declining health.    Born Claude Milton Hartley on August 31, 1931 in his beloved Lumberton to the Late Harry Hubbard “Hub” Hartley and Grace Lillian Lee Hartley, Claude was educated in the public schools there, graduated from Lumberton High School and received his BS Degree in Business Administration from the University of Southern Mississippi. A fiercely patriotic American and a proud Mississippian, Claude served in the U. S. Army (82nd Airborne Division) during the Korean Conflict.  He continued to serve in the Mississippi National Guard and retired with the rank of Captain after 25 years service.  MSgt Hartley played a leading role in the 1962 Crisis at the University of Mississippi when James Meredith became the first black student to enter the University.  He married Jane Pearson and they were together until her death in 1985.  He married Sara Nell Thompson of Tupelo on April 26, 1986 and she survives.  Claude spent much of his working life as a sales rep and area manager for Standard Oil Company ultimately being transferred to Tupelo .  After retirement from Standard Oil, Claude was involved in several business adventures and spent many years working and entertaining at the Tupelo Furniture Market retiring in 2012.  He was appointed to the Tupelo Public Schools Board in the late 1980’s serving 10 years. He ultimately, by appointment of Governor Ronnie Musgrove, served 12 years on the Mississippi Lay Board of Education where he served a term as Chairman of the Board.  Claude aggressively fought for funding for public education and autonomy for local districts to provide a safe, secure and proper public education for all Mississippi’s school children.  Claude was a faithful member of Harrisburg Baptist Church where he taught Sunday school.  Claude’s legacy will include being a fine Southern gentleman whose gregarious personality, sharp witty disposition and love of all God’s children, especially the least, last and most vulnerable among us, made him a tall timber in the forest of life.  Well done, good and faithful servant.

A Graveside service will take place at 3PM Saturday, Jan. 8, 2022 at Tupelo Memorial Park on Joyner St. with his pastor, Rob Armstrong, officiating.   There will be no public visitation due to Covid but friends are invited to join the family on Saturday.  Please wear a mask.  Holland Funeral Directors is honored to be serving their friends.

Claude is survived by his wife of 35 years, Sara Nell Thompson Hartley; his sons John Hartley(Teresa) of Jackson, MS and Brian Smith(Audrey) of Boise, Idaho; his daughters, Eileen Duddleston(Dave) of Oxford, MS, Lorraine Bowen of Tupelo and Liz Hadaway(Bert) of Macon, MS; 10 grandchildren and 9 great grandchildren; his sister, Joanna Davis(Laverne) of Byram, MS ; his nieces, nephews and cousins and his Thompson family which he considered to be a gift.  He was preceded in death by his parents, his first wife, Jane, 3 sisters and 2 brothers. Pallbearers will be his grandson’s and close friends will be honorary pallbearers.