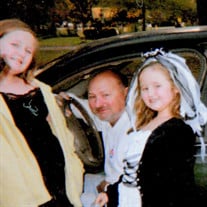 Aberdeen – Billy Alvin Pierce, 66, began his new life in Heaven on Thursday, January 13, 2022. He was born on March 29, 1955, in Monroe County to the late Felix “Woody” Pierce and Sarah Freeman Pierce.
Growing up in Monroe County in a large family, Billy attended Amory High School. From 1973 until 1977, he proudly served the United States for four years in the United States Navy. Later on in life, he attended ICC Tupelo, studying in Vocational traits. He became self-employed, working as a painter. Billy worked for many years, supporting his family and making homes beautiful again. He married the love of his life, Amelia Gail Francis Pierce, on July 23, 1984, and together they were blessed with a daughter. Billy was proud of his family, his ability to provide and he loved them dearly.
Billy’s faith and family meant the world to him. He was an active member of Wren Church of Christ and he enjoyed reading his Bible, watching Christian programs, and just being around his fellow church members. He was a fine man who always straight up with you, should you ask his opinion. Billy was grounded in his faith and he enjoyed listening to Gospel and old country music. He was funny at times yet always treated others with Christian love and kindness.
In his free time, he liked starting off his mornings with the perfect cup of coffee either at McDonalds or the Shell Station, riding around in his car, and just hanging out with his friends..
More than anything, his faith in God and his family were his world. All the memories made through the years will be cherished for generations to come.
Left behind to treasure the memories are his wife, Amelia “Gail” Pierce, Aberdeen; daughter, Hope Pierce Bryan (Pat), Wren; grandchildren, Makinley Holley and Emma Claire Holley; sisters, Naomi Mathis, Amory, Dean Reeves (Bro. Harvey), Wren, Mary Wells, Wren, and Wendy Pierce Porter(David), Wren; brother, Robert Pierce (Jan), Wren; a host of nieces and nephews.
In addition to his parents, he was preceded in death by his sister, Nollie Ann Pierce; brother, William Wesley Pierce.
His funeral arrangements will be a Celebration of Life Service that will be held on Thursday, January 20, 2022, at 2:00 pm, 2022, at E. E. Pickle Funeral Home in Amory, with Bro. Robert Earl Fowlkes officiating. Pallbearers will be Robert Pierce, Jerry Pierce, David Porter, Tony Carrol, Lane Carroll, and Pat Bryan.
Visitation will be Thursday from 1:00 pm until the service hour at the funeral home in Amory.
Memories and condolences may be shared with his family at EEPickleFuneralHome.com.